We noticed many significant changes to Monadnock Speedway this year since how the track appeared for our previous version released in 2015. So PROJECT: Short Track set out to freshen up the graphics of the track up to it's brand new 2020 look as well as make other subtle changes the track has made. Monadnock has always been a pet project of mine as it was a track I visited frequently during my years living in NH.

Over 30 improvements, enhancements and changes have been made in these new 2020 day and night versions of Monadnock Speedway since our previous 2015 versions. Here's just a short list highlighting the new things you'll immediately notice:

• New blue and white Armco backstretch wall to replace the former red and white one.
• New white dashed paint lines around entire racing surface.
• New yellow paint lines around inside and outside perimeters of racing surface.
• New Victory Lane and S/F line to resemble how the real ones look at the track.
• Removed infield stage and all vehicles from the infield to resemble the real life track.
• Added animated flags atop the frontstretch and turns 1 and 2 grandstands.
• Relocated animated American and NH State flags to their new location outside of turn 2.
• Replaced old black seatback grandstands with new stands to resemble the ones recently installed in 2019.
• Updated the scoreboard graphics to resemble the new 2020 look.
• Updated the turn 3 wall graphic to "NASCAR Advance Auto Parts Weekly Series".
• Added new PST WMT haulers and vehicles to pit area behind turns 1 and 2.
• Added realistic shade and shadow highlights for late afternoon racing and dynamically lit objects.
• Improved night environment with PST session progressive night skies.
• Plus many more new features too numerous to mention.

As is the case with our PST releases, we have provided good, stable and competitive baseline Fast setups to get you up on the wheel and smack dab in the middle of the racing action on the high banks! With a starting field of 26 cars, you'll find the A.I. battling you hard on every lap. Keep your head on a swivel coming down the frontstretch as they sometimes will chop down on you entering turn 1. They don't do it always, but it's awesomely realistic when they do.... Pure fun!

WARNING. Highly Detailed Graphics Rich Track. In an effort to duplicate the details of the real Monadnock Speedway facility and capture as much immersion as possible for the end user, we have poured a ton of high-resolution objects and detailing into this project. Please be advised that this track may tax the ability of some computers. We apologize in advance if this is the case for you. If you are experiencing difficulty running this track and your frame rates are dropping below 30 FPS, we might recommend installing the 4GB Patch offered at NTCore.com (https://ntcore.com/?page_id=371).

Like all of our PST projects, I want to thank my friends Ben Althen, Mike Ehresman, Ian Smythe and Wayne Anderson who all made significant contributions to this project. I also want to remind everyone to PLEASE be sure to read the CREDITS README file provided with the track for important info on getting the most enjoyment out of it.

The Fastest ¼ Mile in the Northeast, affectionately known as "Mad Dog," gets the "Full Monty" PST treatment in this 2020 update! Enjoy the fresh new updated look of Monadnock Speedway from the "Team who makes short track racing a virtual reality".... PROJECT: Short Track! 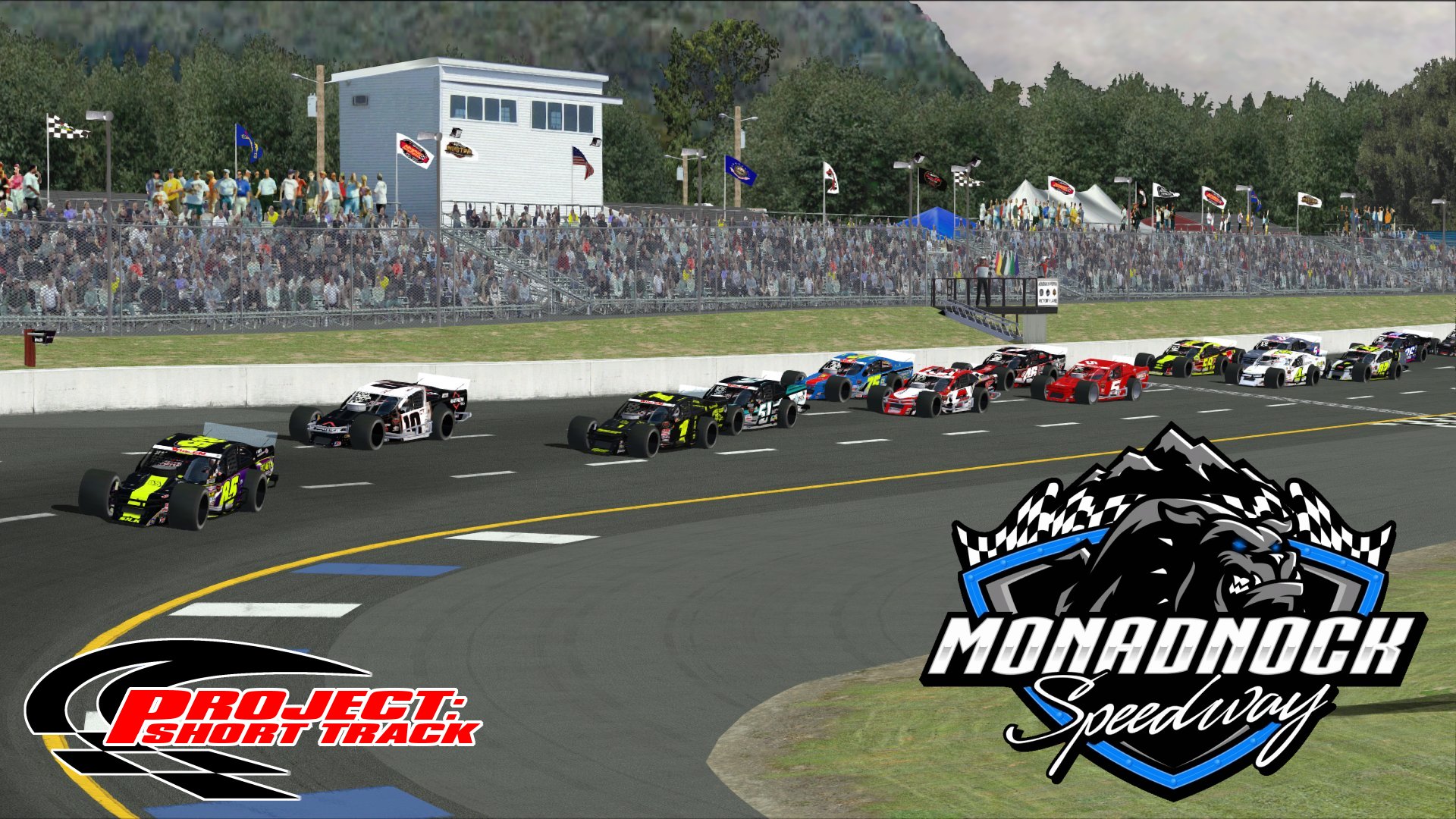 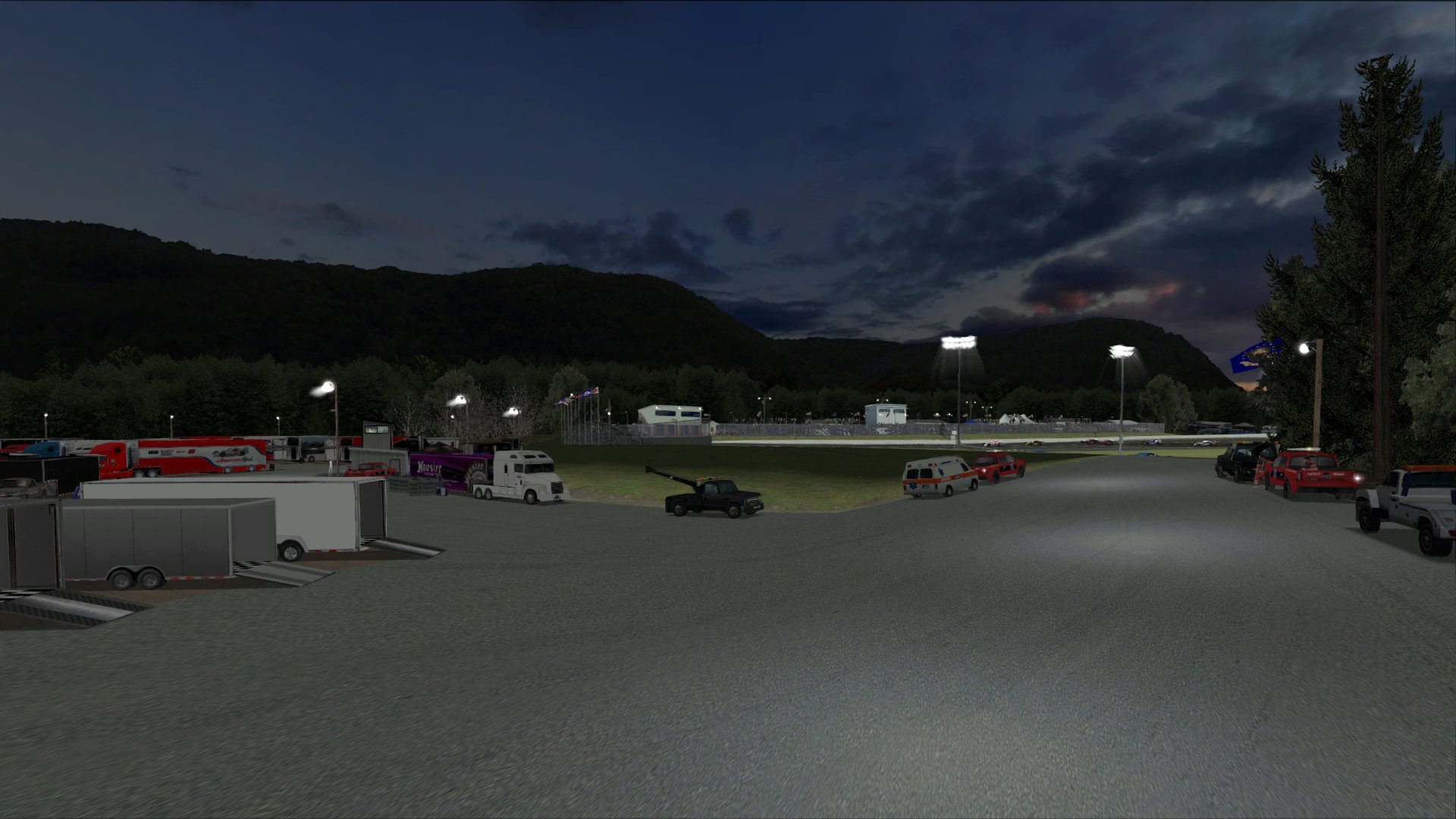