Will run in select races

Damn I love that scheme. Watch, they’re gonna put their goofy font from last year on the real thing, too.

And here's the accompanying press release:

The Keen’s Buildings colors will fly as the primary partner for several upcoming races, while serving as an associate marketing partner for the remaining events.

“Kevin (Keen) has been a longtime partner with Rick Ware Racing and we’re thrilled to continue that relationship this season,” said RWR team principal Rick Ware. “With his passion for Motorsports, Kevin has also been actively looking for companies within his company platform that he can introduce to NASCAR.”

“We’re ready to see the green flag drop in the Great American Race the Daytona 500,” added Keen. “Rick and the team have made some significant improvements to the organization and we’re excited to be a part of his transition from the NASCAR XFINITY Series to Cup and look forward to a year where we’re increasing our role with the team, but also introducing some new companies to NASCAR.”

Keen, who also supports riders in the Monster Energy AMA Supercross series, says the demographics in motorsports, particularly in NASCAR, fits perfectly with his consumers.

“A lot of our consumers love and embrace Motorsports, especially NASCAR,” mentioned Keen. “You go to a race track on any given weekend and the enthusiastic and loyal race fans are exactly the consumers that purchase our products from Keen’s Buildings.

“It’s not surprising to see our consumers turn their own product from our store into their own showcasing their love and devotion to anything Motorsports related.”

Last month, Rick Ware Racing announced that they had secured a charter from Richard Petty Motorsports securing the team a berth not only into the Daytona 500, but the remaining 35 Monster Energy NASCAR Cup Series events as well.

The team has yet to announce a driver for the Daytona 500.
Click to expand...

If it wasn't for the four-year-old template, that scheme would actually make the team look halfway professional.

The lines running down the sides kinda remind me of Jimmie's scheme this year.

BrendonH12 said:
The lines running down the sides kinda remind me of Jimmie's scheme this year.
Click to expand...

More like the old Menards scheme from the early 2000s.

so they will start in ARCA? Doesn't they drive this car model?

Bitbreaker said:
so they will start in ARCA? Doesn't they drive this car model?
Click to expand...

It's just an outdated render model.

I know, but I thought in ARCA they uses the model that is represented in the render. I can't follow ARCA, but I heard that.

I'm just honestly shocked a sponsor signed on without a driver announced. That rarely happens nowadays.

Keen has been a sponsor of the team for years

thedude1987 said:
Keen has been a sponsor of the team for years
Click to expand...

Actually a very good scheme. We'll see if it looks less professional when they show up at Daytona (very likely) but it does look nice. 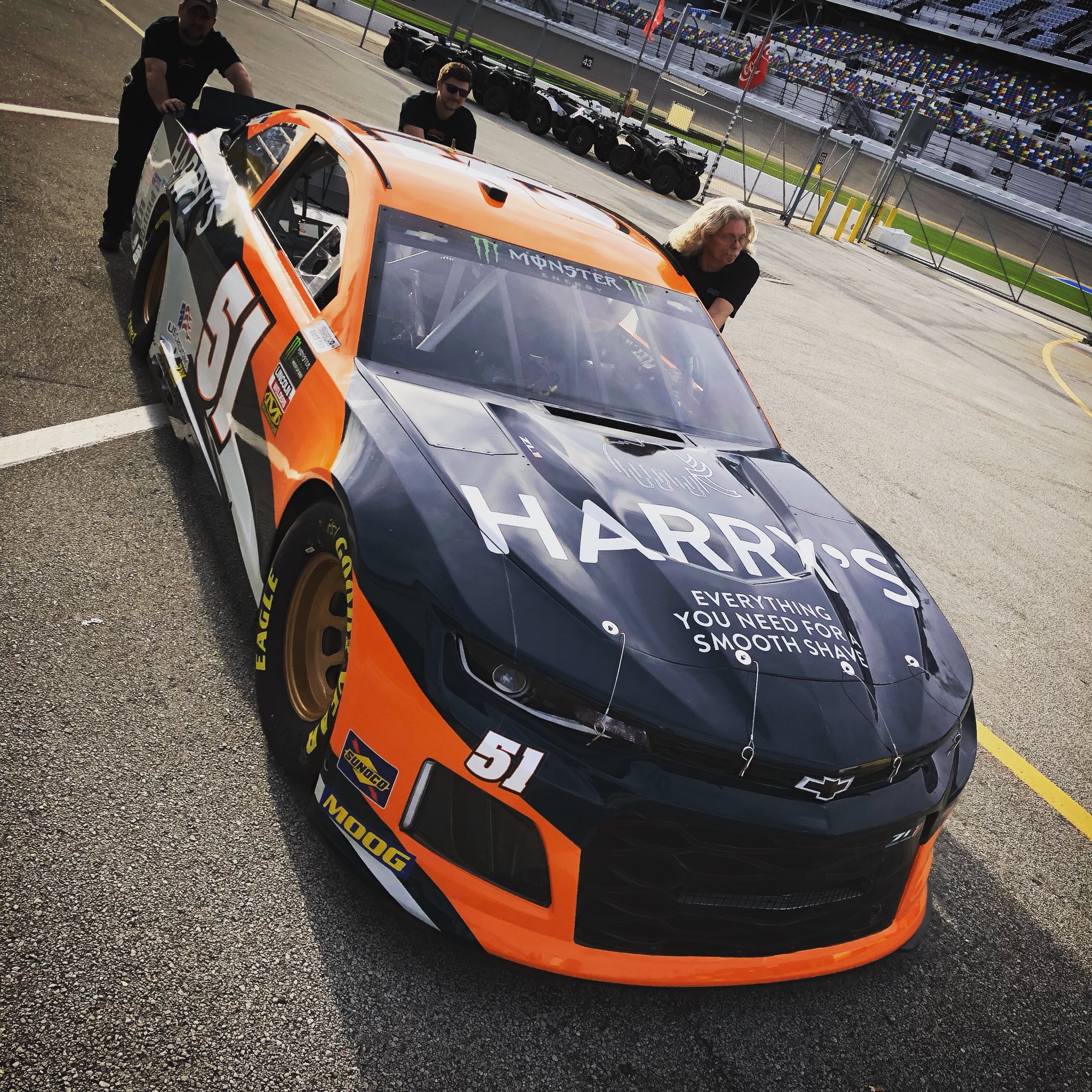 Done in the available colors of their razor handles, the Truman... nice scheme.

Someone should probably merge these threads.