What track is this? Don't think I've seen this one before...

nascarfan9 said:
What track is this? Don't think I've seen this one before...
Click to expand... 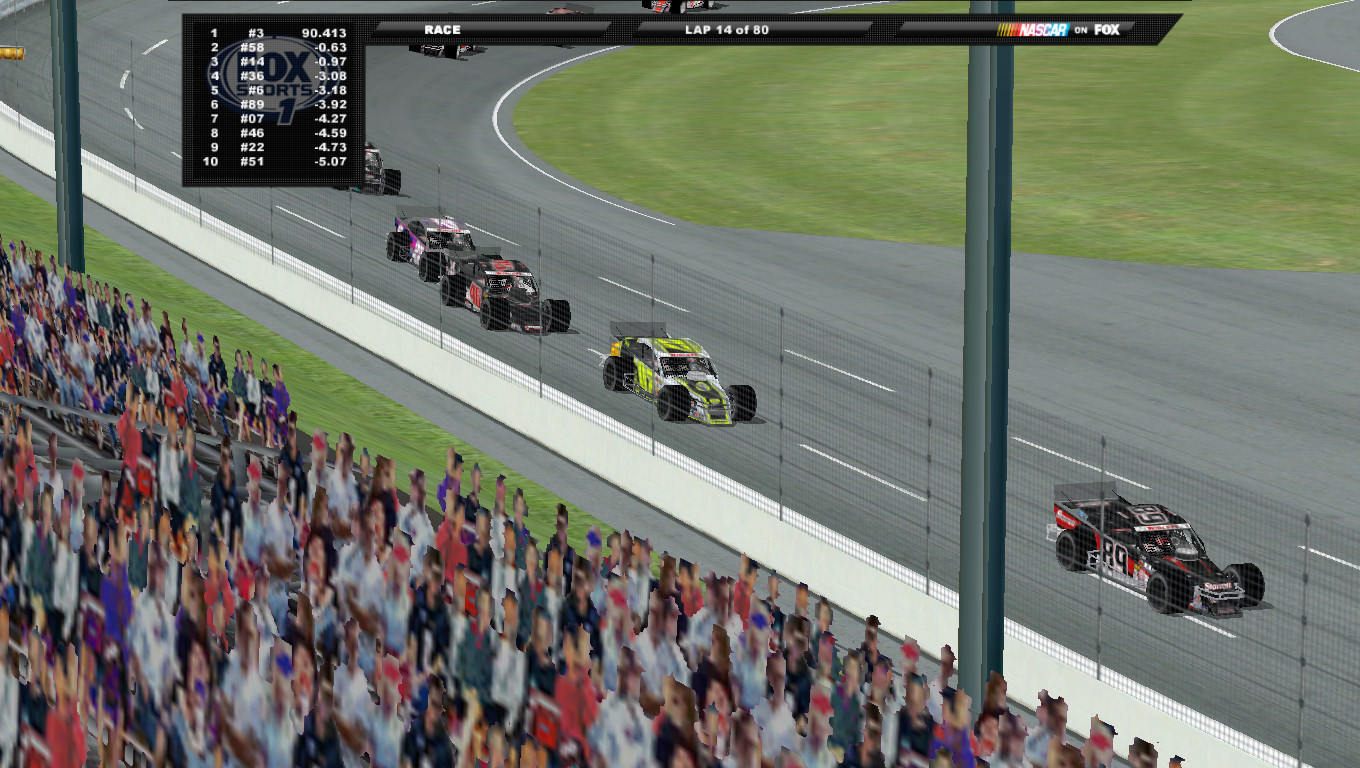 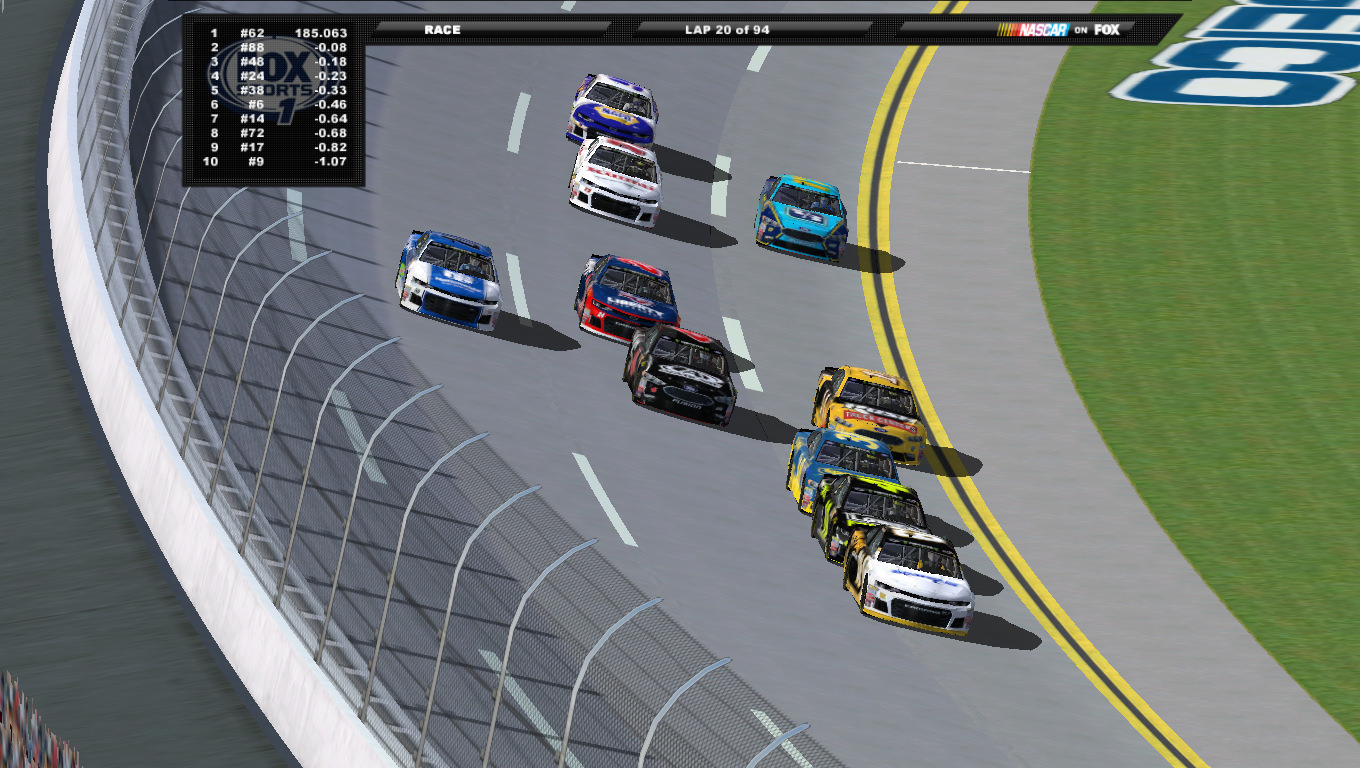 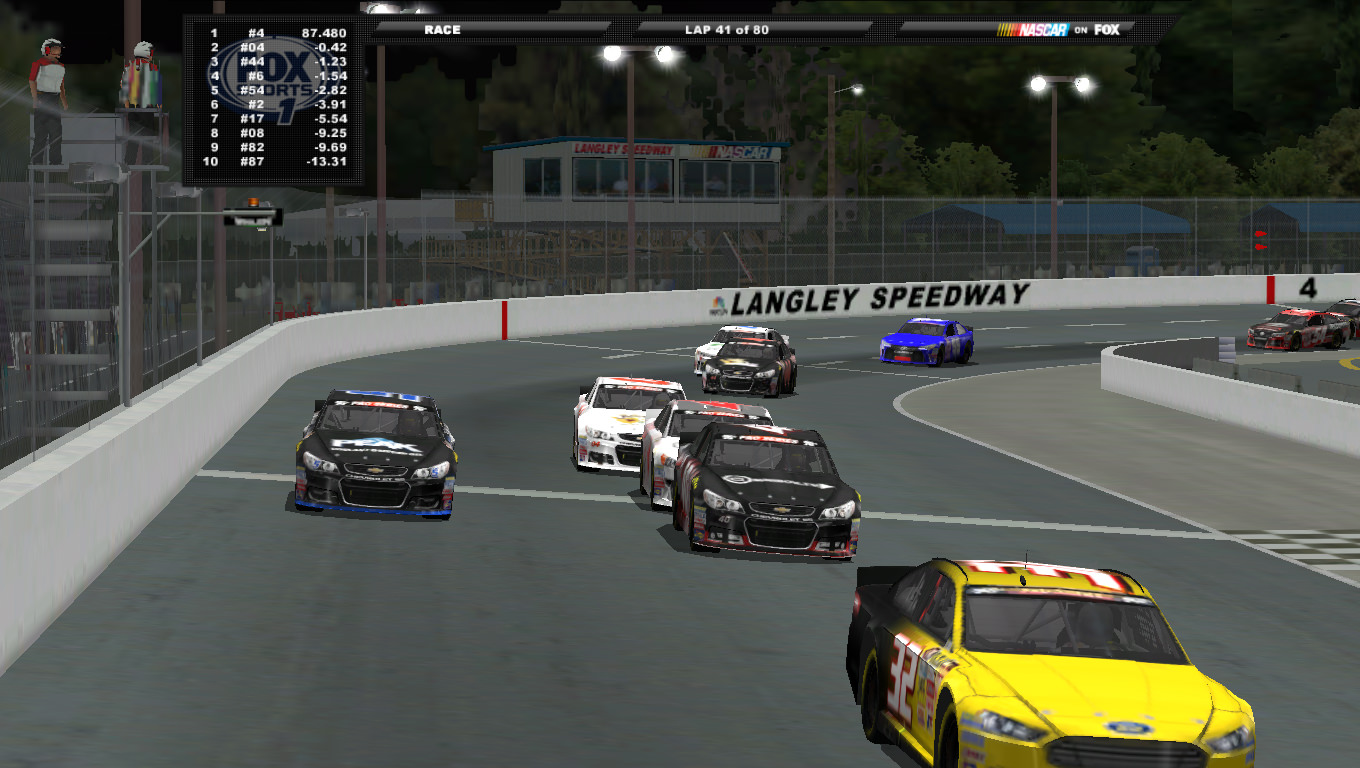 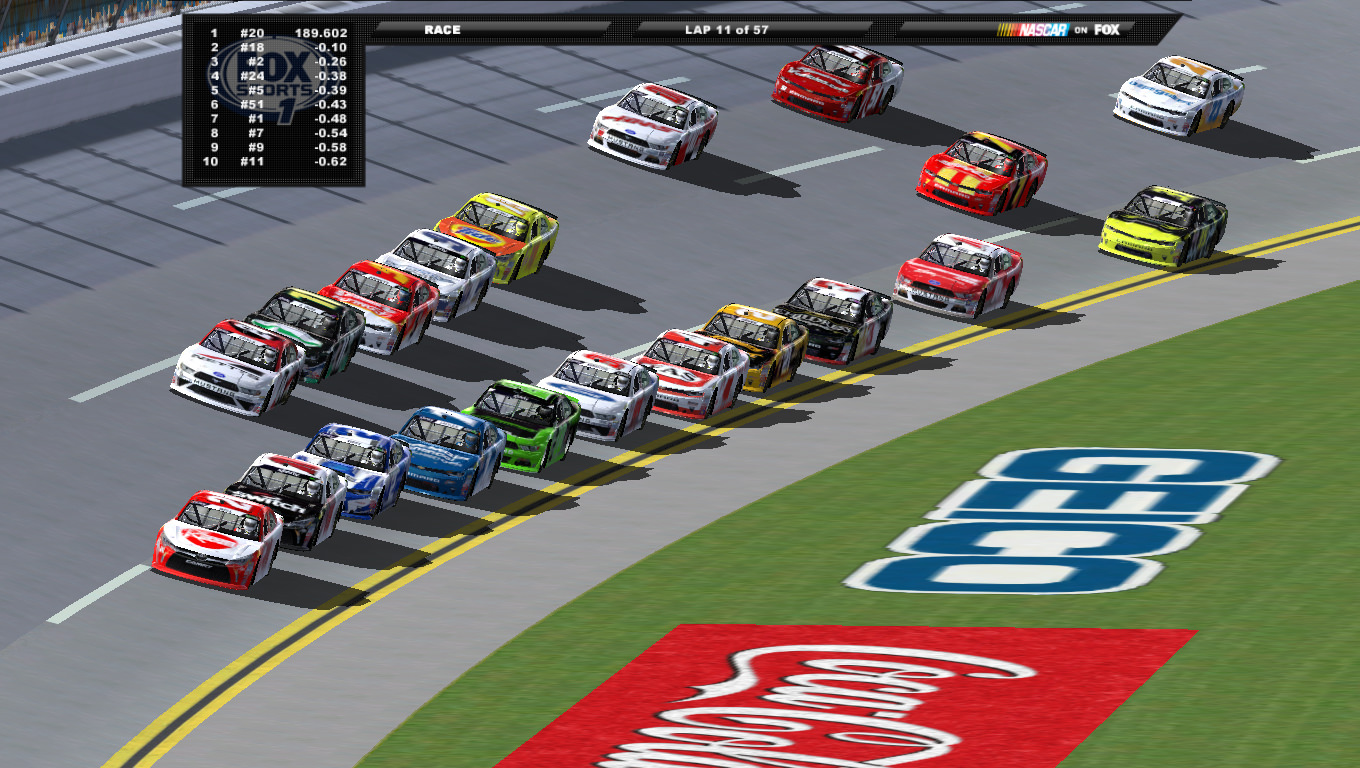 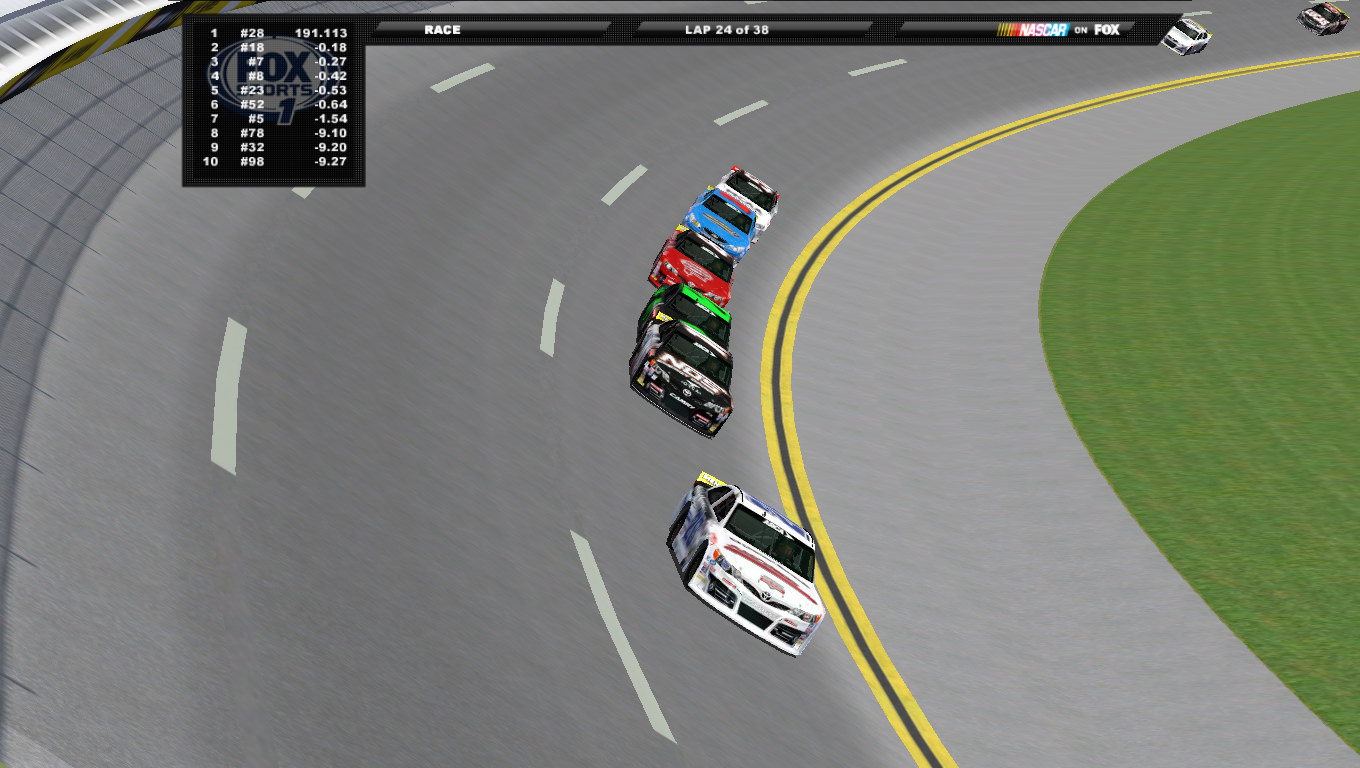 I started the race pretty deep in the pack. 28th to be exact, as I was involved in an accident in my duel. However, I still had a strong top 10 car, and was able to work my way up into the top 15 after about 15 laps. Then the fun begins.

This wreck started right behind me, as Mike Wallace and Ken Schrader made contact, sending Wallace up in front of Brian Vickers. Kenseth wasn't actually involved, as he was scraping the wall well behind the start of the wreck, which turned out to be a blessing in disguise.

The big one came about 10 laps later. Kurt Busch was having issues from damage he got in the previously pictured accident. Turns out, he was coming off pit road, as the pack came by. I know what you're thinking, but you'd be surprised to know that you are incorrect. Maybe. Bobby Hamilton Jr. got a shot in the rear end from Jeremy Mayfield, which sent him down onto the apron... straight into Kurt Busch. They spun up the track and right into the pack. Elliott Sadler took the hardest hit, nearly flipping over after being sandwiched into the wall by the Busch brothers. This set us up for what we thought would be the final stint.

And then, as fate would have it, Jamie McMurray's engine expired with seven laps to go. The yellow flag flew. It was game on from there, and I was sitting in second for the restart. I got a good jump and went to the outside of Carl Edwards into turn 1. With help from behind I found myself in the lead with the white flag above me.

As we came off of turn 2, I knew all hope was lost. Edwards was too far behind me, and the rookie Martin Truex, Jr. had none other than the greatest of all time, Kevin Lepage right on his bumper, with Michael Waltrip right on his. The Harley J. Earl Trophy was going home with the Truex family.

Second never is that bad, really. Except at Daytona.

Watkins Glen is the best, isn't it?

Three wide at All Star Speedway? No problem! ARCA kicking up dirt in Vancouver.

APT's Vancouver Dirt with 2018 ARCA cars by BryceO for BRGen6CTS.

Round the outside for the lead at Charlotte. Too bad the 92 came up coming out of the quadoval and turned me going into 1. 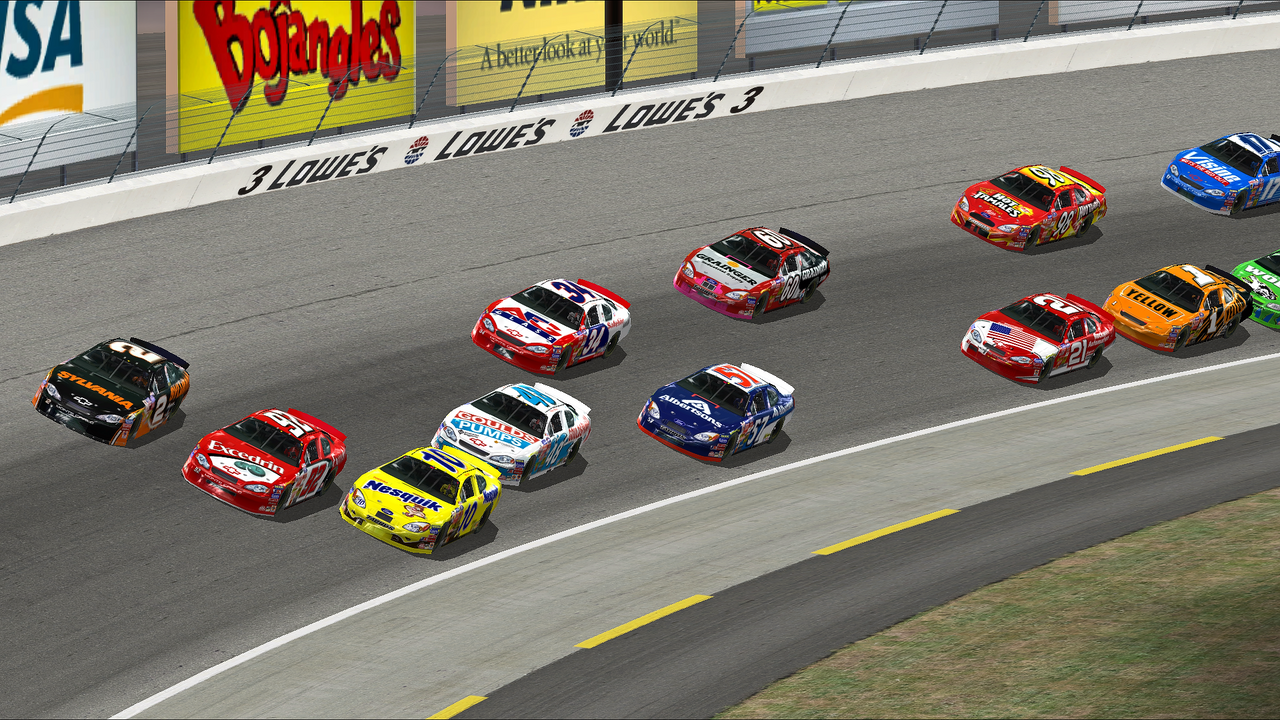 crazyboy335 said:
Round the outside for the lead at Charlotte. Too bad the 92 came up coming out of the quadoval and turned me going into 1.

Love seeing you use our set!

Finally got my ReShade working just how I wanted!

In motion, new lighting effects give the game a whole new layer of atmosphere. I'm in love with NR2003 all over again!

BTW, I play with my brightness all the way up which is why things might look a little dark.
Last edited: Apr 30, 2018

what settings are you using? i wanna give it a try.

Where did you find that #3? Awesome shot BTW.

Here is my ReShade config. I'm running a few different filters. Depending on your screen brightness you may need to tweak the FakeHDR radius settings. I wouldn't move radius1 or radius2 more than +- .2. I've marked items as optional for anyone looking to save a few FPS.


HJimenez42 said:
Where did you find that #3? Awesome shot BTW.
Click to expand...

This car set is from the Mensc18 mod. I believe I just disabled a lot of the 2018_silly_season roster. 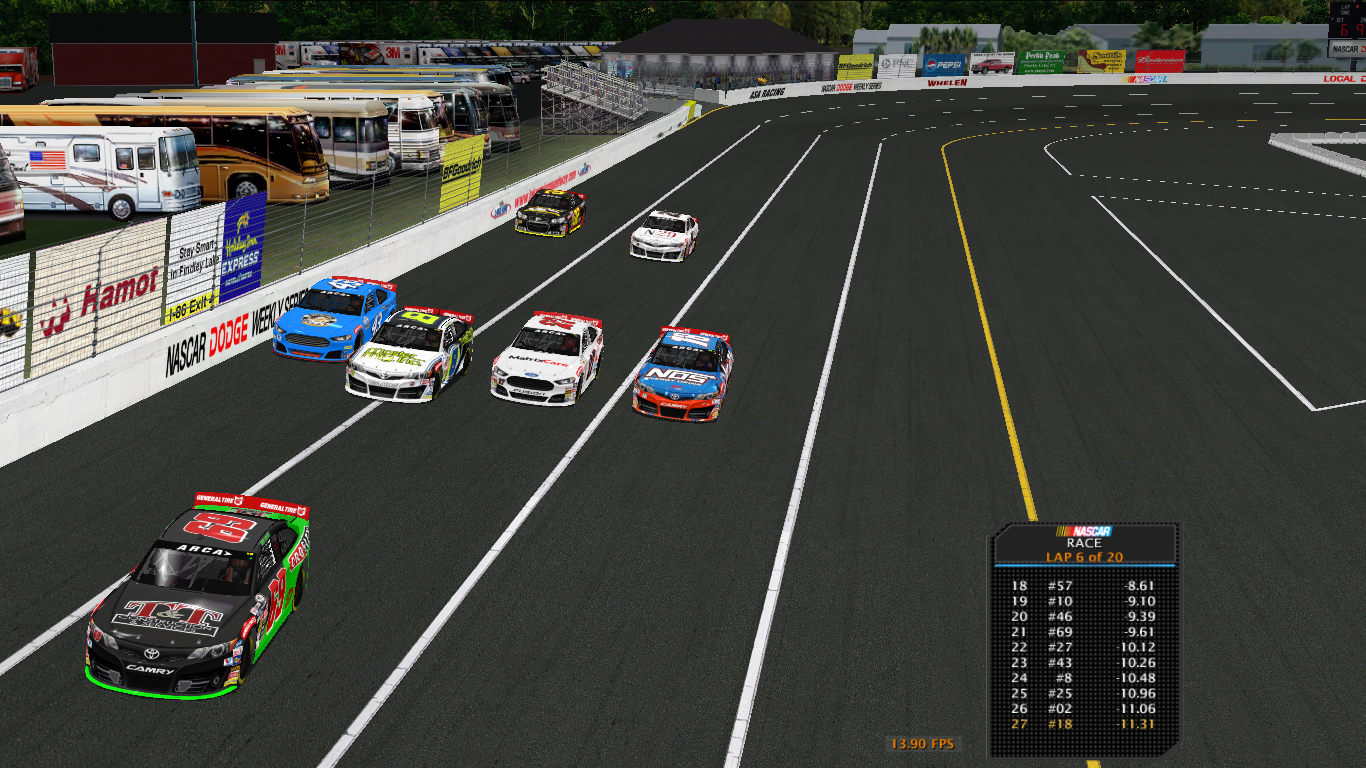