Underbody Texture Update 1.0
Darkens the underbody of all cars in the NXS20 mod to increase realism.
0.00 star(s) 0 ratings

It looks a little "boxey" to me. No offense, bud.

For those now wondering what it feels like when they say the car drives like a brick, @Mystical is now giving us that chance. I eagerly await the dump truck mod when you finish this one. 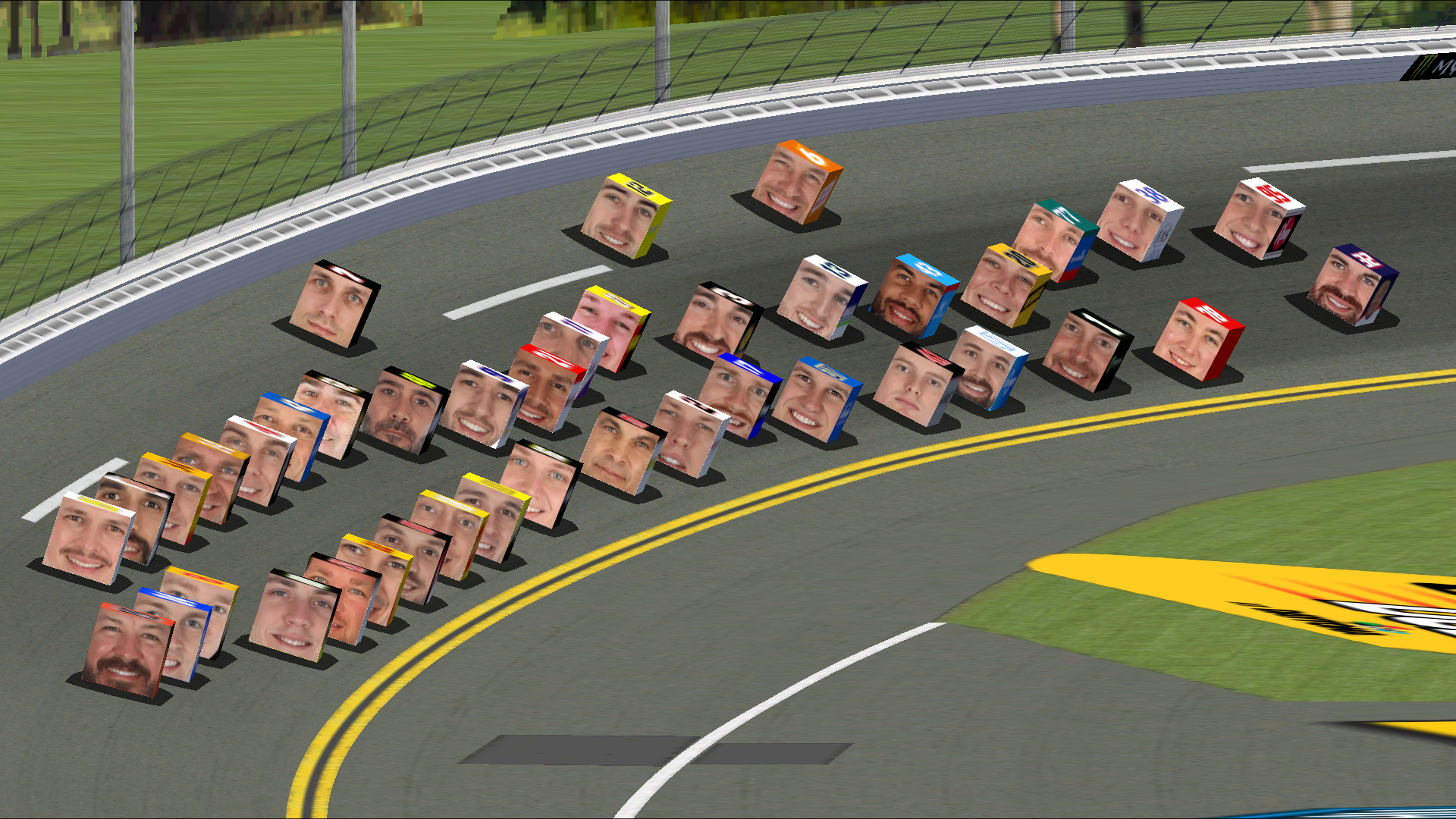 Few screenshots from the first season of my series

Among my latest youtube entries. From my offline league's All-Star Race, where I almost wreck in a big way.

After a long time away and having just finished building a brand new computer, I think I have my graphics for the game dialed in. I'd forgotten how finicky Nvidia GPUs can be with this game, but I think I'm making it work. This is also my first paint scheme in a good amount of time as well.

Yeah, I never could get my nvidia card dialed in well for NR2003. I wound up just dumping it and getting an AMD. Whatever is in or on a ATI/AMD cards make them perfect for NR2003. Anyhow, nice pics dude.

MattyO said:
Yeah, I never could get my nvidia card dialed in well for NR2003. I wound up just dumping it and getting an AMD. Whatever is in or on a ATI/AMD cards make them perfect for NR2003. Anyhow, nice pics dude.
Click to expand...

Thanks. I did a ton of comparison between AMD and Nvidia cards when I put together my part list and the RTX 2060 I got was the best bang for my buck at $299 and has the benefit of ray tracing on newer games. It's been flawless with every other game, it'd be hard to deal with swapping it all because of one game.

Driving down pit road? AI Jimmie Johnson ain't got time for that.

Yeah there's something about that track that causes that, probably in the ini if I had to guess. I also had that issue, but my graphics had a hard time with that particular track for some reason, so I haven't used it for a race yet, unfortunately, so I have no clue if it happens during the race too. I haven't tried to fix it as of yet, either for that reason.

I will say, it's pretty funny though when you're not expecting it. I was using my offline league's set when testing it out before the graphic issues started, and it was MY car of all of them that did that exact thing.

A little something I'm currently working on:

GOOD to see someone else running a #07