After all that I've said, I have to give the game a try then, at least, I can give an honest opinion and review on what I've tried, and not what I've heard.

They've been releasing photos and videos of endurance cars, in a game that doesn't feature pit stops, tire wear, or fuel usage. This game is one massive pile of irony.

So, hmm "cough" Nothing wrong in an update happening to Turn on pits and tire wear "shrug" ¯\_(ツ)_/¯ Just saying

As I don't want/like to lead anyone up the wrong path, It has been confirmed that they won't be added, not on a later date either.


SwiftyOne said:
So, hmm "cough" Nothing wrong in an update happening to Turn on pits and tire wear "shrug" ¯\_(ツ)_/¯ Just saying
Click to expand... 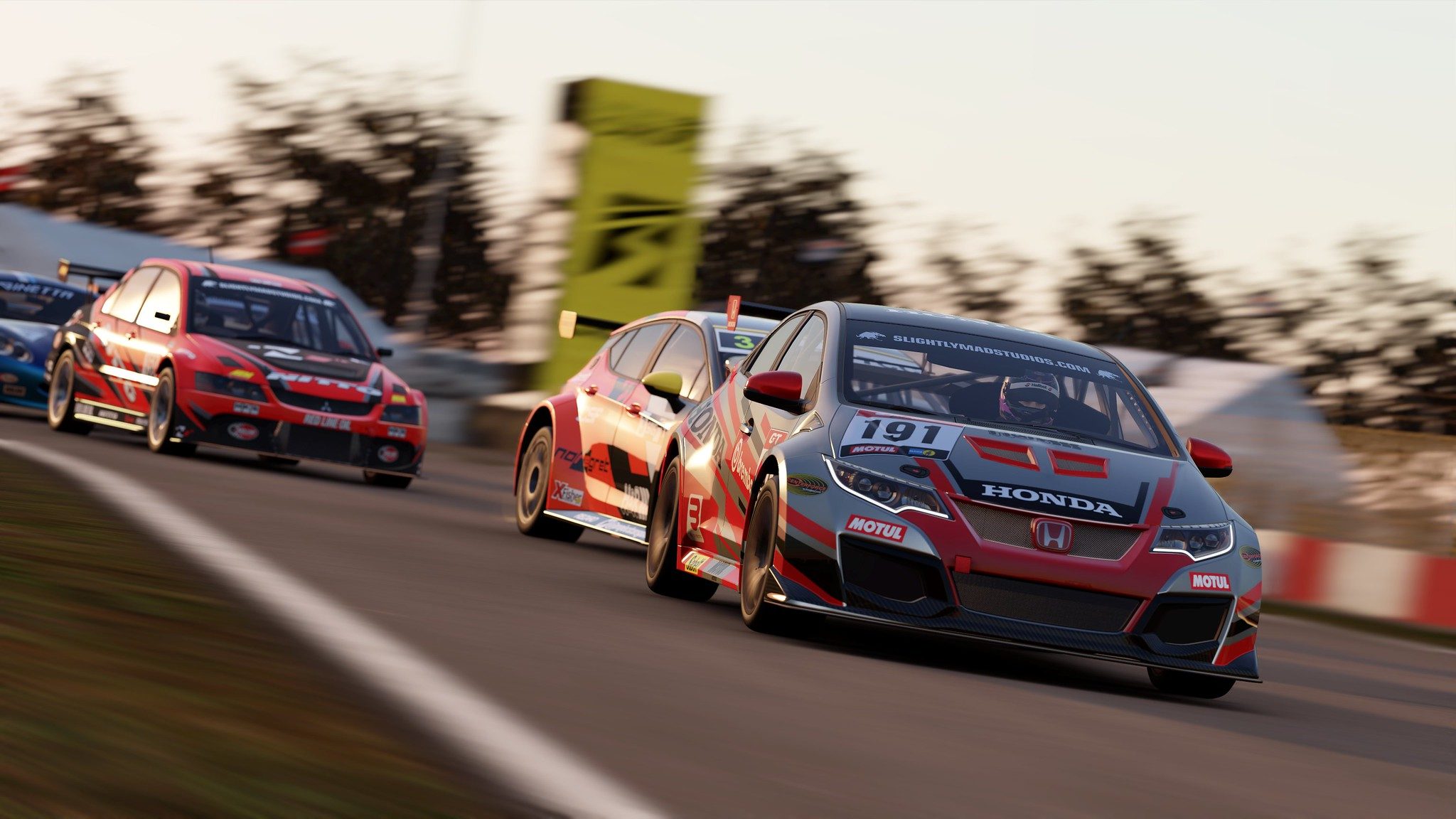 Updates and enhancements for the detailed racer arriving August 28.
blog.playstation.com

With all the hype I'm still not liking the no tire wear fuel use or pit stops..

I think the idea is to get more people just racing ...If your racing toe to toe, your thinking winning and not pits...I guess that's OK for some, .."Why the hell didn't they just have a Turn pits ON/OFF(that would have done tire wair too)?!! That way they pick up the Sim Racers as well!!
Off-Topic: I don't have my Gaming Rig at the moment, gone back to PCSpecialists for coolant change, I was getting back to Online racing with NR2003 after a ten-year gap...Ten years! Can you believe that...And there's still a very healthy online family playing this Sim..What other game will do that?... Back On Topic

From what I've watched the past few days, Project CARS 3 is a game that is for people who want to chill out, drive around, and "have fun". For those who want a game that's more oriented towards motorsport and racing simulation, GT Sport would be the starting point and you move up from there. SMS pre-release marketing has not helped this game at all; the mixed messaging on whether this is a sim or not simply wasn't necessary. This is an arcade game, and they need to stick to that messaging. There's nothing wrong with making an arcade game, you just need to be clear about what this game is about so you don't deceive people.

WTF?! It's literally not even close to a simulation game. This has to be one of the worst racing 'sims' ever so it beats me on how it won this.

I took the time and actually played this (because why not?)

Options-wise, for customization, it's pretty good. Better than most others that attempt it (looks notably at NASCAR Heat series).

Actual game-play, it feels pretty decent with a wheel, doesn't have that numb feeling or heavy deadzone. AI are crap though, so that's a serious issue.

But it's so topical. The best way to describe the game itself is a polished turd. This is NOT a sim (not even a little bit). It getting an award for best sim is why I almost never listen to these big name reviewers or sites anymore, they are so clearly out of touch.

If this was or is to be deserving of that title, several things need to happen:

- AI needs a complete rework. They drive as if you aren't there, and are seriously inconsistent in their mannerisms.
- Bring in damage, wear, and fuel usage. You have GT-class cars, and none of the stuff that is a cornerstone of racing sims and that particular style of racing.
- Delete the ENTIRE user interface and start over. It's terrible. My eyes are bleeding and I have a migraine from navigating it.
- Maybe actually partner with series divisions, to get a better understanding of what this should have been. It's painfully obvious this was very much a hip-fire attempt.
-As with iRacing, fire your ENTIRE tire modeling crew. Every last one of them. They failed in such a way that I wouldn't trust them to make a tire model for a NES game, much less a sim.

It is actually getting some good reviews lol!

Steam player counts...says it all IMO.

Yeah this game's shelf life is going to be very short, like I expected. It tried to enter the Gran Turismo & Forza arena, and it has failed in doing that. Project CARS 3 is an inessential racing game, and the previous version was objectively better than this one. Good job SMS, good job indeed.

RacerXero84 said:
fire your ENTIRE tire modeling crew. Every last one of them. They failed in such a way that I wouldn't trust them to make a tire model for a NES game, much less a sim.
Click to expand...