Thirty-two members of the Sim Racing Design community submitted picks for the events at Auto Club Speedway in Fontana, California, this past weekend. Scoring was once again very high this week, with all members scoring well over 100 points, and all but one member of our top 10 scoring over 200 points! As well, scoring was much closer than last week, but before we delve into the specifics, let's take a look at our "Final Five" members who battled it out for the win in Cali (in A-Z order):

So who became an SRD Pick'em Series "star" and who was caught doing a little too much "California dreaming" this past weekend?

While all of our "Final Five" members submitted some great picks, only one could take home the trophy. Without further delay, please join me in congratulating @Hendrick4life on taking home the win in Cali with a winning score of 226 points! Four points away from picking up his second win of the year is @Johnnyk1990, who finishes second with a score of 222 points! Only one point behind him is our third-place-finisher, @HJimenez42, who managed to earn 221 points this past weekend! SRD Pick'em Series Sunoco Rookie Contender, @HakaBaka, claimed the fourth spot in our top 5, with a score of 213 points, and @Dodgeman4345 brought it home in fifth place, finishing with a score of 212 points! 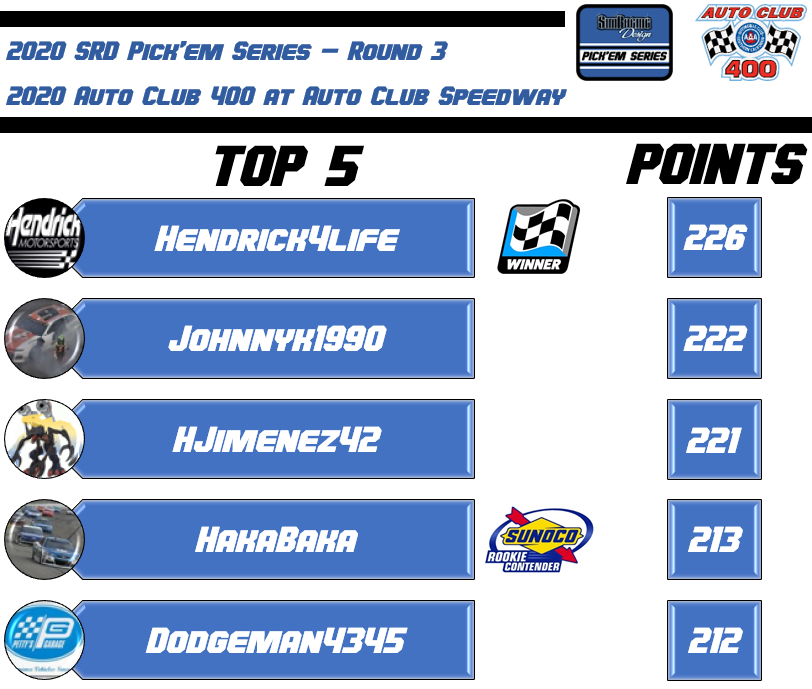 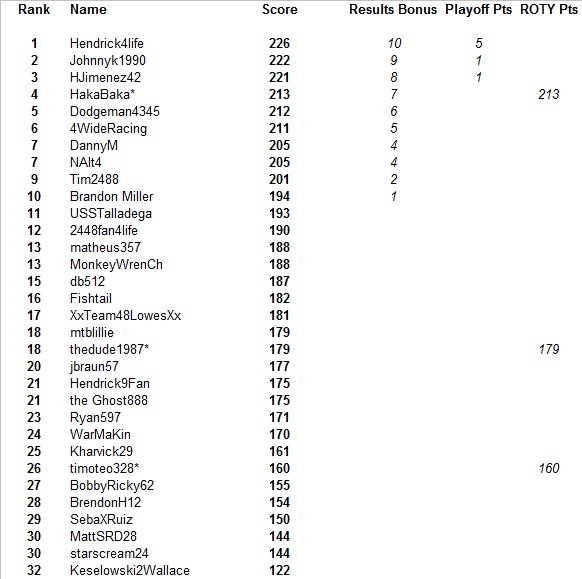 With this win, @Hendrick4life joins @NAlt4 and @Johnnyk1990 as the only three members to find victory lane so far this season. They are also the only members of the Sim Racing Design community to currently be "locked" into the 2020 SRD Pick'em Series Playoffs! But once again, it must be stated, the season is still in its early stages and there is a lot of racing and picking still to be done!
So with that, let's take a look at the full 2020 Season Standings as of Race #3, brought to you by @MattSRD28: 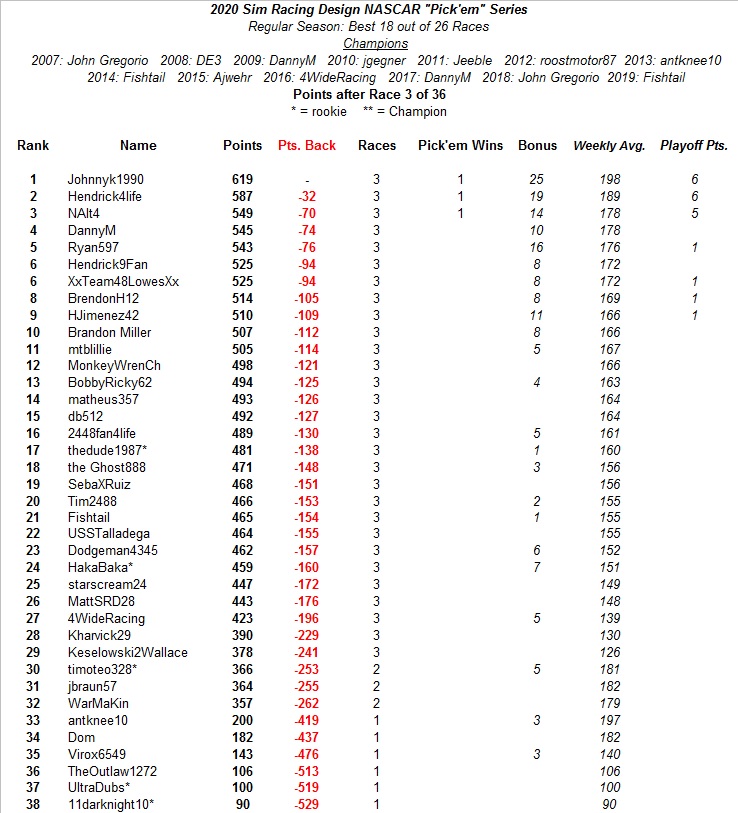 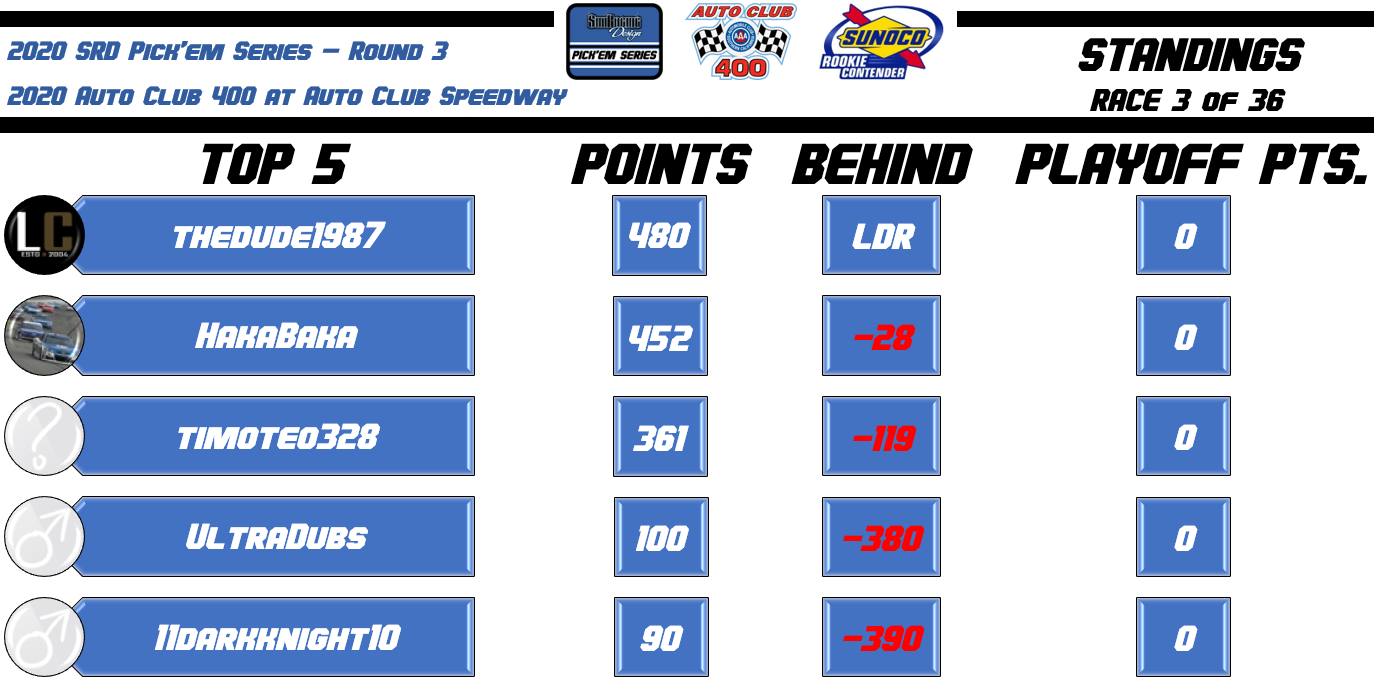 And that does it for the third race recap of the season! We hope you all had fun this past weekend in Cali and are ready to compete for a win and possibly a spot in the 2020 SRD Pick'em Series Playoffs!

This week, NASCAR and the SRD Pick'em Series head to the Arizona desert and the newly re-named Phoenix Raceway! The Race Weekend and Pick'em threads for Phoenix are up, so go check them out! And don't forget to make your picks!!!

Thank you all for playing! See y'all in Phoenix!